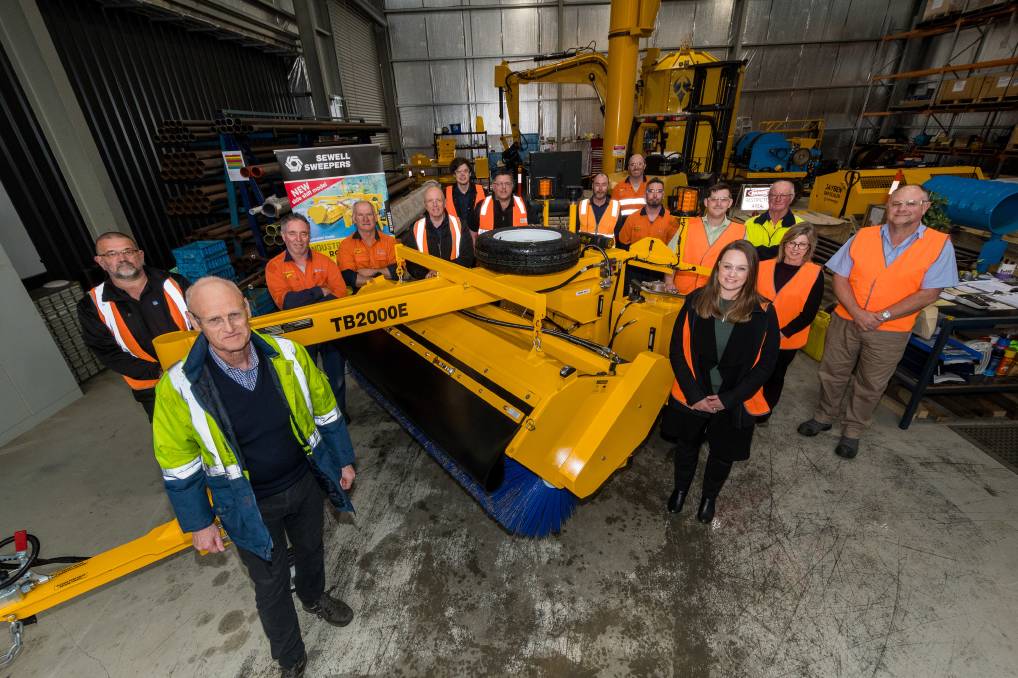 A Coastal manufacturer has hit a century, defying a COVID-restricted market to pump out its 100th specialty sweeping machine.

Cooee's Jayben factory packed and shipped its 100th TB2000E sweeper on Thursday, marking a significant milestone for the growing company.

Jayben Group director Allan Johnson said the company had found a small niche in specialised vehicles such as the road sweeper, which has been designed to sweep pieces of metal off roads during construction.

"We've been building for Sewell Sweepers since about 1957, and about ten years ago we ended up buying it," he said.

"We ended up making it a much more modern design, and we've become the preeminent builder in Australia of this kind of equipment."

He said the machines had been engineered and constructed to operate in extreme temperatures and conditions, making them suitable for the scorching, dusty Pilbara region in Western Australia as much as the wet and cold Tasmanian Central Highlands.

"They also give us really good revenue in terms of parts and servicing, because these things have got to be maintained," he said.

"We test each of them by pushing them to the extreme for eight hours." Allan Johnson said he was proud of the company's growth and achievement of its 100th TB2000E sweeper.

Most of the company's sales are exported interstate, but the 100th sweeper has been bought by Launceston company Gradco.

"As such we are delighted to support Tasmanian manufacturing in the procurement of this sweeper."

Mr Johnson said the company had so far built 230 specialised vehicles, including a new type of remote controlled excavator that can operate vertically on the side of a cliff.

He said 95 per cent of the sales were exported out of Tasmania, including recent sales to Papua New Guinea.

"We're also in the process of working on sales into New Zealand," he said.

"Even now we're still able to deliver training and assistance online to our customers, even if we can't leave Tasmania."